How to Respond to a Rude Person in English

﻿﻿Tell me if this sounds familiar to you: a person says something rude or unkind to you in English, and you don’t know what to say. Your face flushes, words get stuck in your throat, and tears may even come to your eyes. Are you angry or sad?

You can’t tell how you feel, and you definitely can’t think rationally. Maybe you say something rude back, or maybe you just stomp away in a state of fury.

If you’ve ever felt that way, it’s not because your English is bad. It’s because the rude comment this person made has activated a certain part of your brain - the amygdala. This part of your brain is responsible for the fight-or-flight instinct. When something triggers or activates the amygdala, your frontal lobes - the rational parts of your brain - can temporarily lose control.  So, this is why, when someone is rude to you, the first thing you might want to do is walk away or start an argument with them.

Now that you’ve had a little neuroscience lesson, you know why it’s hard for us to respond to rude comments or behavior in any language.

What can you do, then? You can take advantage of the rational state your brain is in now to learn the language and tactics you need for those more emotional and stressful situations. In other words, you can learn and practice these English expressions and strategies for responding to a rude person before you actually meet a rude person.

In today’s post, we’re going to talk about these five useful expressions for responding to a rude person in English:

We’ll also explore these three helpful strategies for responding to a rude person in English:

So, if you’re ready to learn some new and effective ways you can respond to rude people in English, let’s keep reading!

RESPONDING TO A RUDE PERSON IN ENGLISH

5 Useful Expressions for Responding to a Rude Person in English

If you’re looking for more words or phrases to use in a confrontational situation, here are some common expressions that English speakers use when they’re responding to someone who has said something rude to them.

A comeback is a quick, clever reply we can give in reaction or response to a rude comment. A comeback can be kind or just as rude as the original comment. So, if someone’s rude to you, you can give them a really sarcastic comeback and say, “Wow, that’s a great attitude!” But, if you prefer a kinder and more honest approach, you can just use the comeback, “Are you having a bad day?”

I wish I had a funny comeback for that, but I don’t.

She always thinks of the best comebacks.

have + a comeback → She had a really great comeback for his remark.

think of + a comeback→ I tried to think of a comeback, but I couldn’t.

I’m sorry. I didn’t mean to catch you off guard with that remark.

Caught off guard + when → You caught me off guard when you told me the truth.

You’ve probably seen this word “stomach” used as a noun before, but did you know we can use it as a verb? We say that we can stomach something when we tolerate or accept it. For example, you might say that you can’t stomach certain kinds of behavior from your family members. And if someone asks you a question that’s too personal on your first date, you can say, “I’m sorry, but I really can’t stomach those kinds of obnoxious questions on a first date.”

We say that we take the high road when we choose to do or say the right thing even when it’s difficult. For example, if someone tells you you’ve gained weight or that your outfit’s ugly, you take the high road if you choose to laugh or respond with kindness instead of reacting in anger.

He tried to start an argument with me, but I decided to take the high road and change the subject.

You should take the high road and avoid engaging with bullies.

I think you said that to get a rise out of me, but it didn’t work.

If he was trying to get a rise out of me, he was wasting his time.

3 Strategies for Responding to a Rude Person

1. Give yourself some time to calm down and think.

Think about some of the reasons people say rude things. They might be grumpy. They might have something going on in their personal life. Or maybe they’re just trying to be direct, and they went a little too far.

Let me be clear: I don’t want to excuse rude behavior. There’s never a good reason to hurt someone’s feelings. But if we can try to understand the reason why someone might have said something rude, it can help us to communicate better.

But, as I explained before, when someone says something that hurts your feelings, your fight-or-flight instinct usually activates, and it’s hard to think straight. So, the first thing you need to do is let them know you’re hurt and that you need a bit of space and time to calm down. You can even tell them that you’re feeling hurt, disrespected, or upset by what they said.

2. Address the rude thing they said and how it made you feel.

After you’ve had some time and space to calm down, you can think more clearly about the rude thing the other person said. Think about the result that the hurtful comment had for you. What did it actually make you feel?

When someone says something disrespectful or unkind, it’s important for them to know that their words have an effect on people. We all have feelings, and we deserve our feelings to be treated with respect.

And sometimes we need time to put words to our feelings, reactions, or moods.

When you’re ready to address the hurtful thing the other person said, I encourage you to use something called an “I” statement. This kind of statement is meant to put the focus on the behavior or comment, not the person who said it. I also encourage you to be specific about the words that hurt you. Instead of simply saying, “You hurt my feelings,” try this:

Here are some other ways you can structure your statements when you want to discuss hurtful words and how they specifically made you feel:

Sometimes friends, family members, and coworkers say rude things on a few occasions, and when we address it, they work on being more respectful in the future. But sometimes they don’t learn, or their rude or disrespectful comments or behaviors become part of a regular pattern.

For example, if your friends or family members always want to argue with you about politics, or they keep trying to have a conversation that’s uncomfortable or hurtful to you, you have the ability to create a boundary and a consequence with them.

It can be as simple as this:

If you say [specific example] again, I will [ask for time apart/ask to end this relationship/consider moving on from this friendship].

You can use the following structures when a coworker, family member, or friend is not being directly rude to you, but they are discussing topics that make you uncomfortable.

Remember that it’s not about you

Ultimately, it’s important to keep in mind that, when people are rude to you, it has nothing to do with you. It can be easy to take rudeness personally, especially if English is not your first language, and you feel someone is mistreating you because they assume you don’t understand them as well.

So, while there’s never an excuse to mistreat people, no matter the cultural or language differences, and you shouldn’t tolerate it, remember that rudeness says more about the rude person than it will ever say about you.

You are worthy of good treatment, and you shouldn’t let a language barrier keep you from reminding others that you have dignity and value. 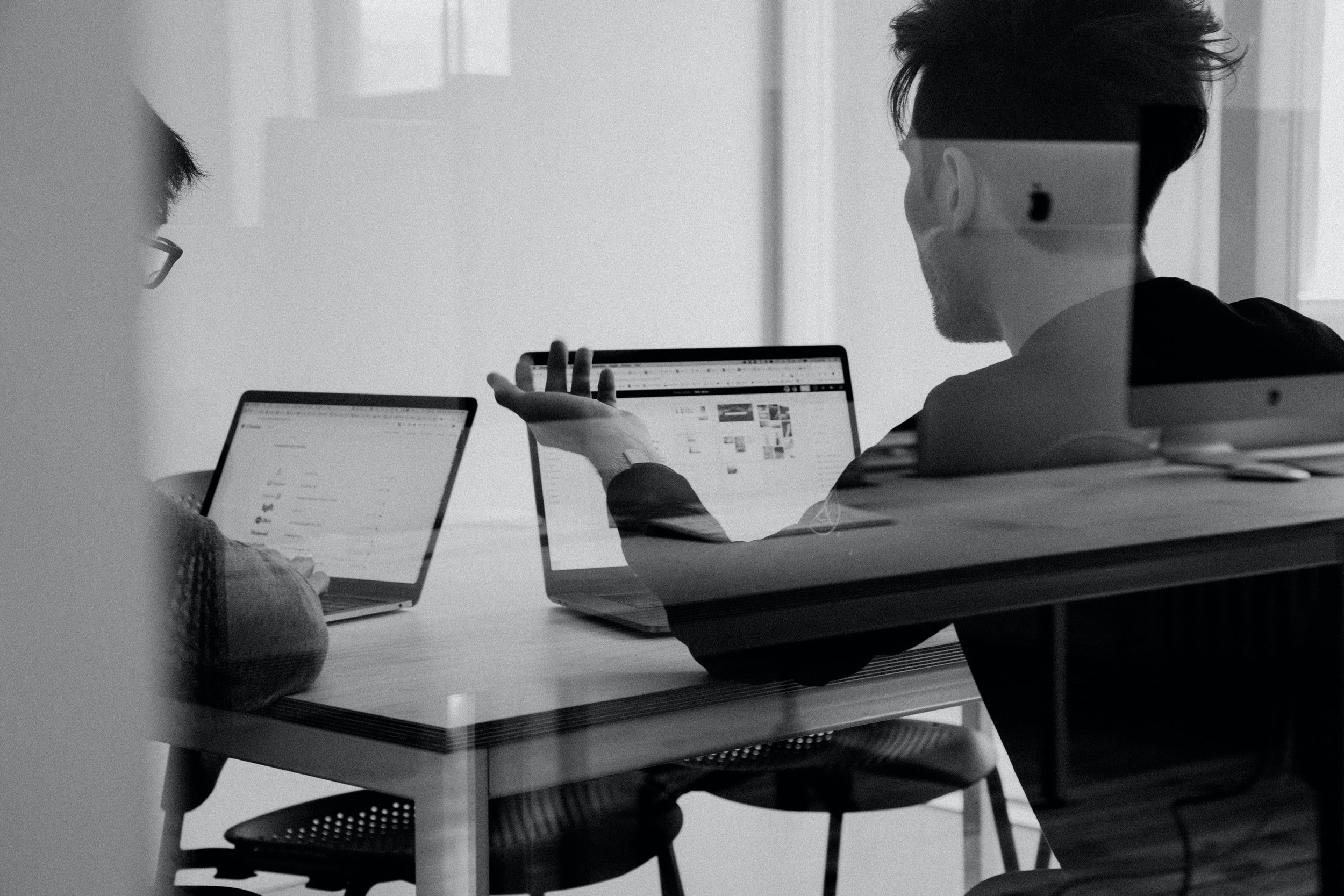 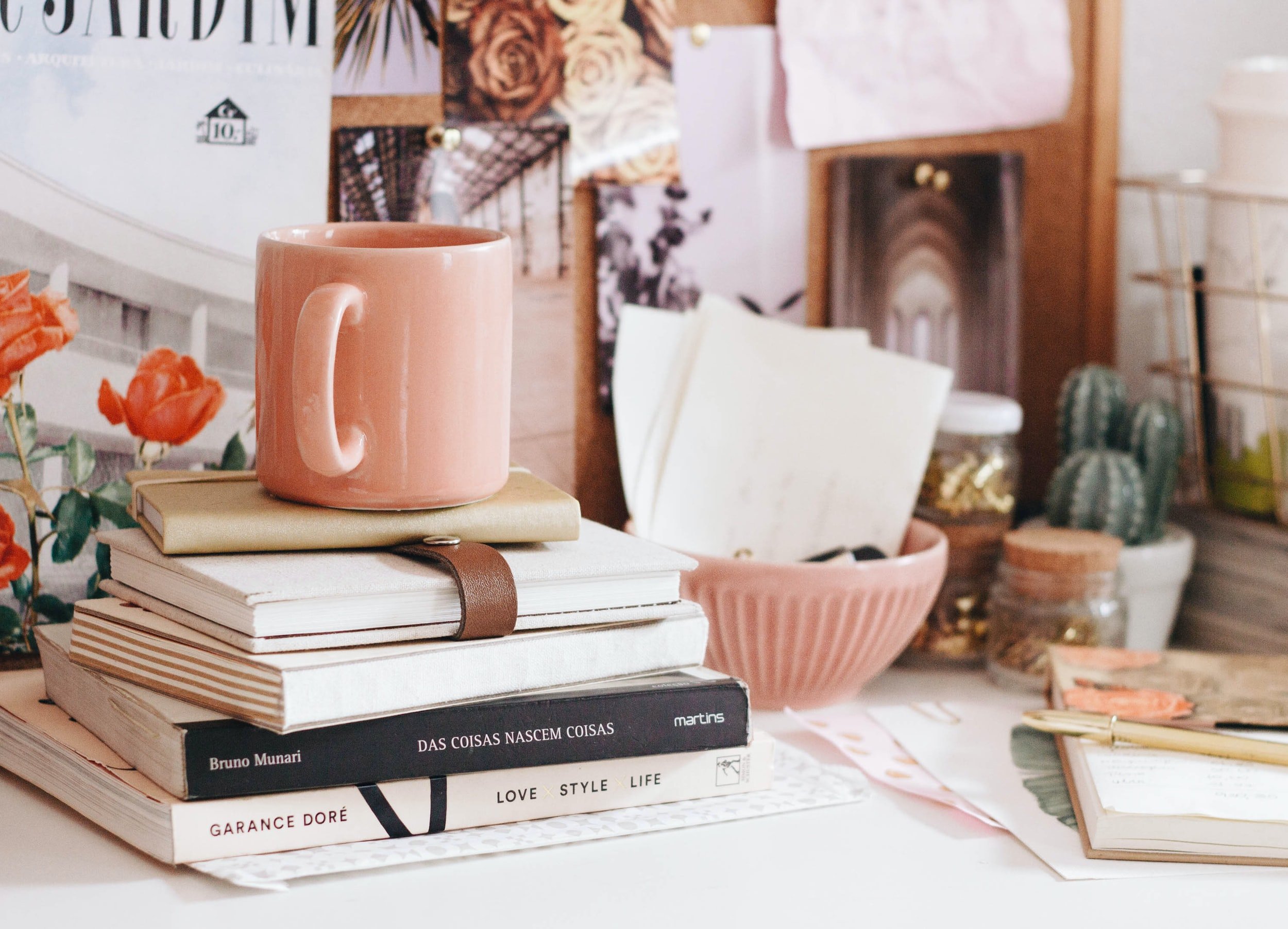 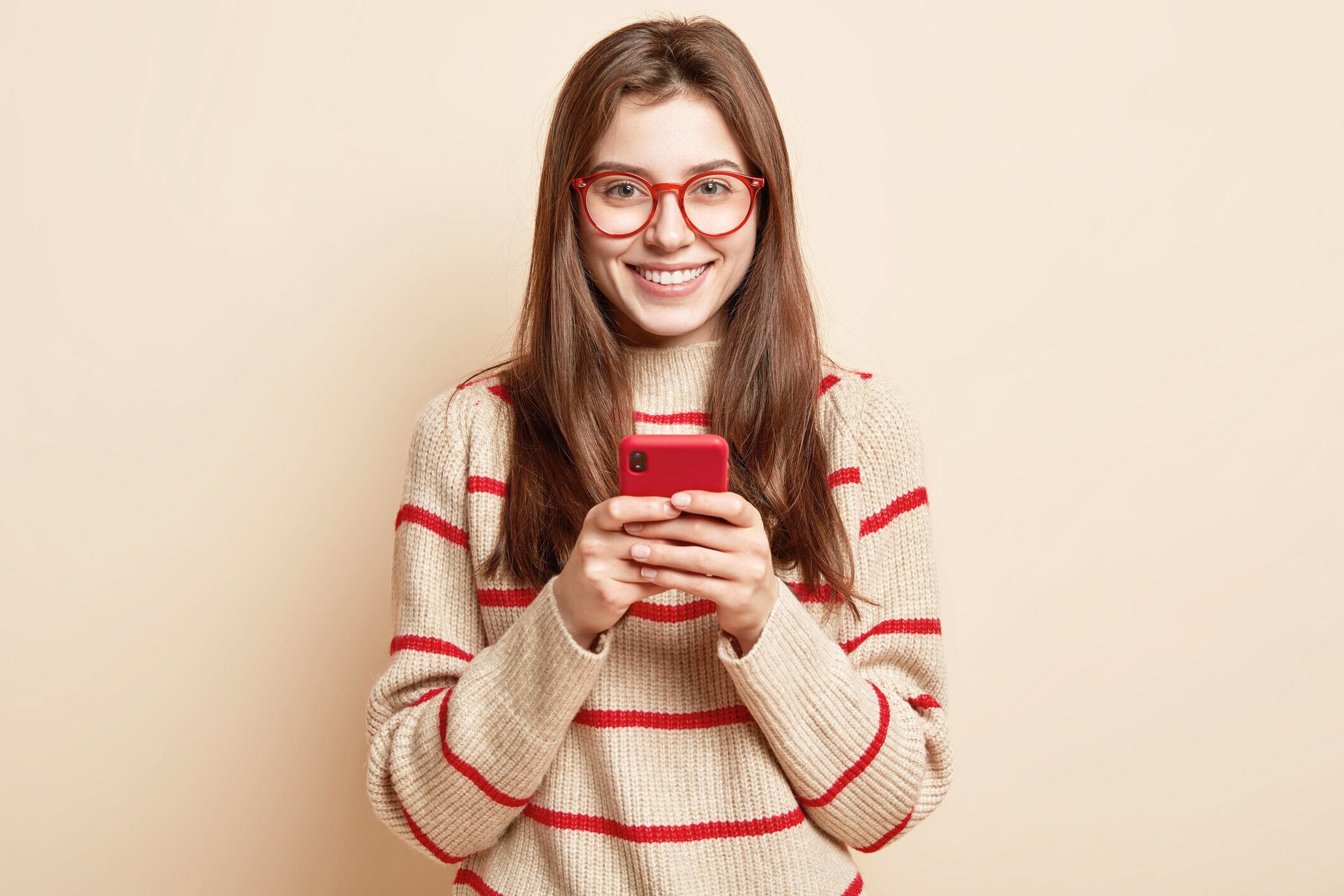 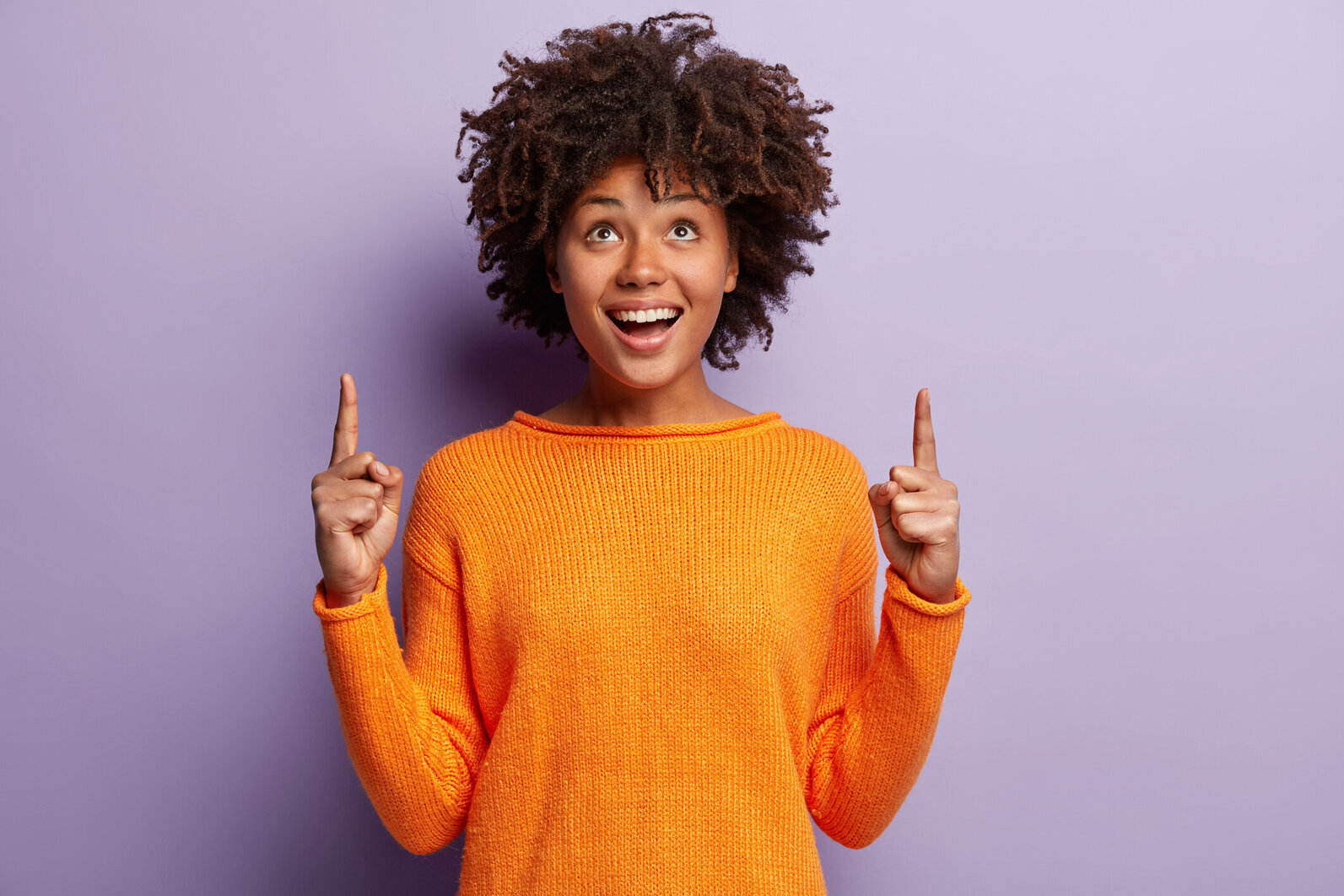 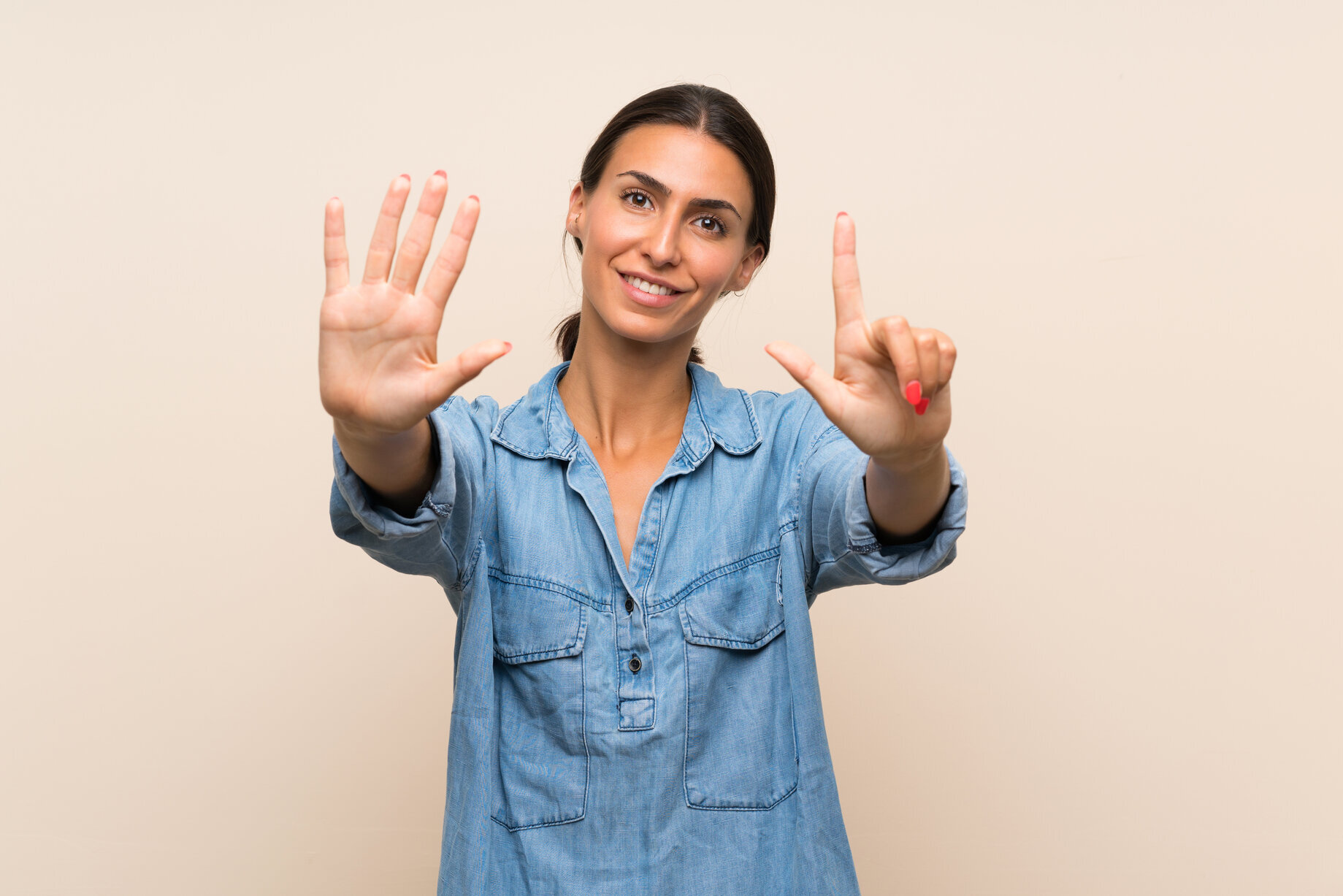 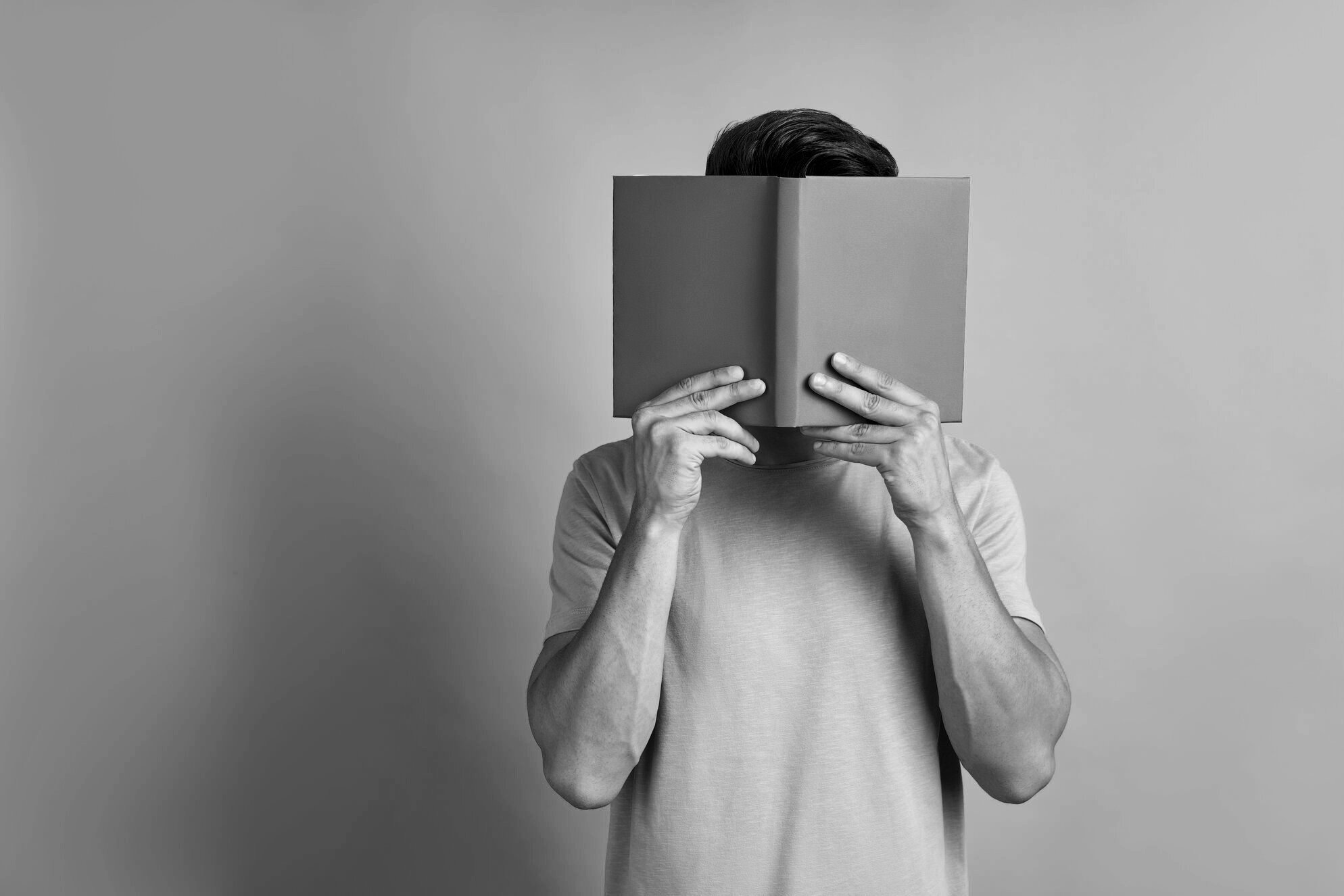 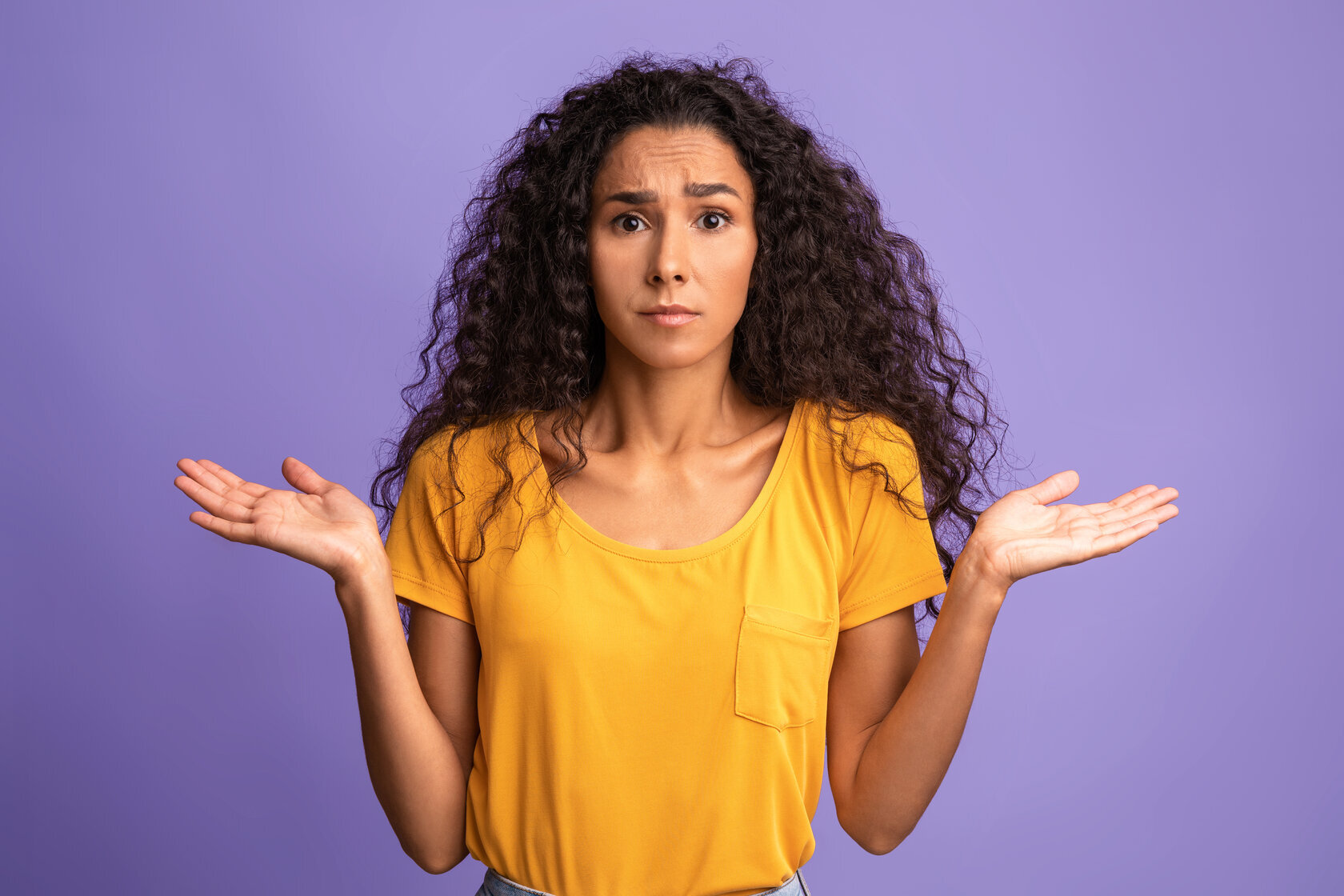 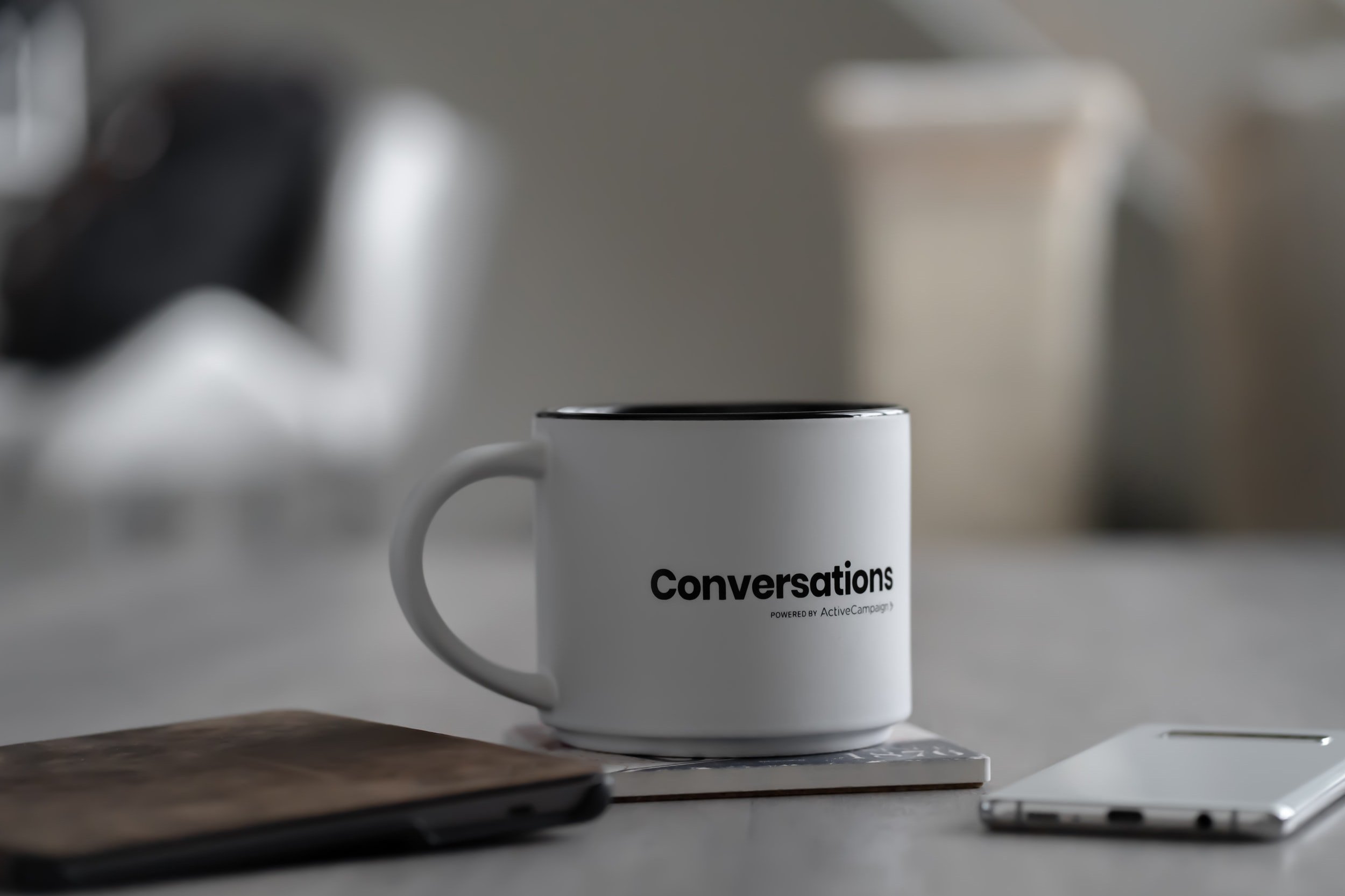 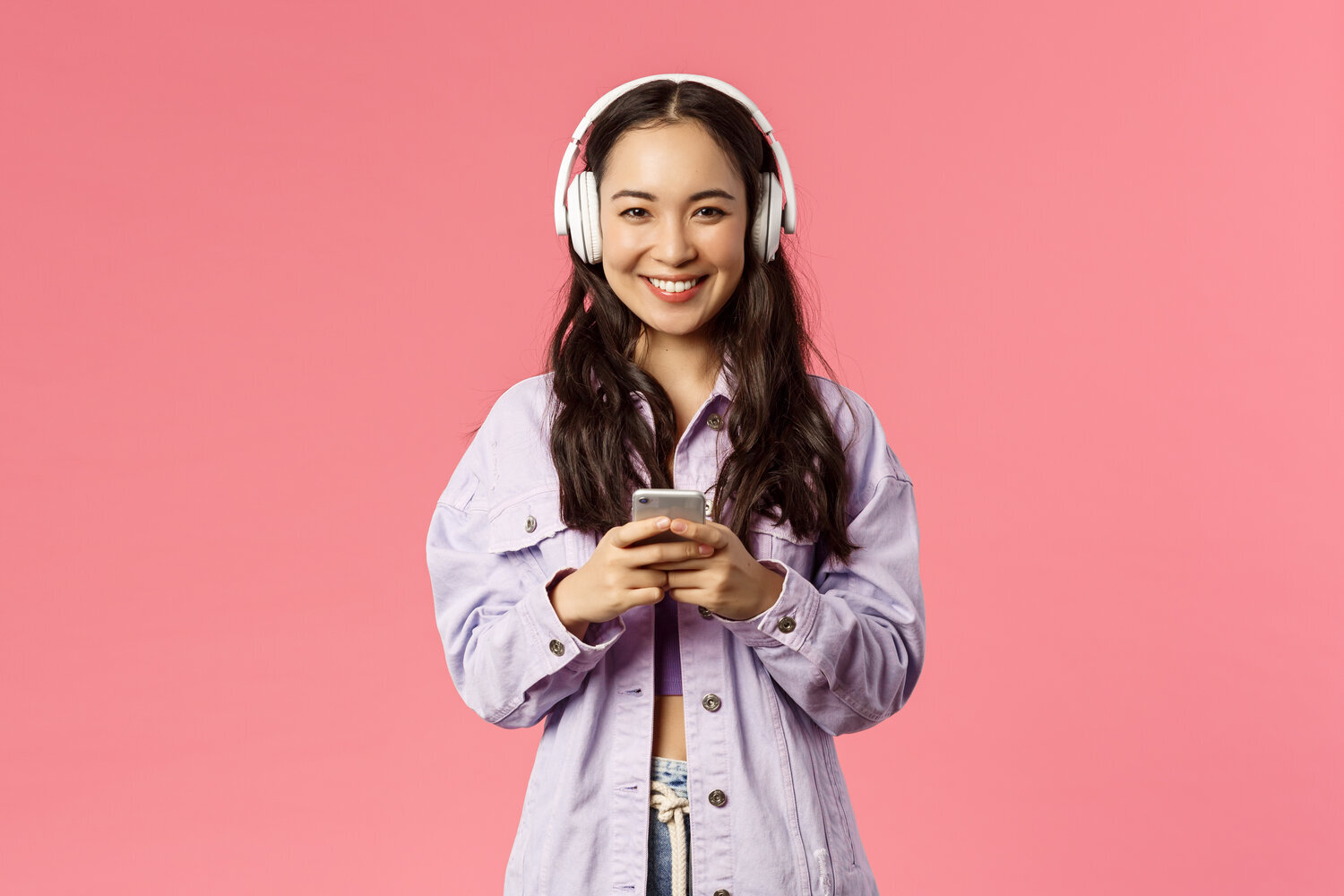 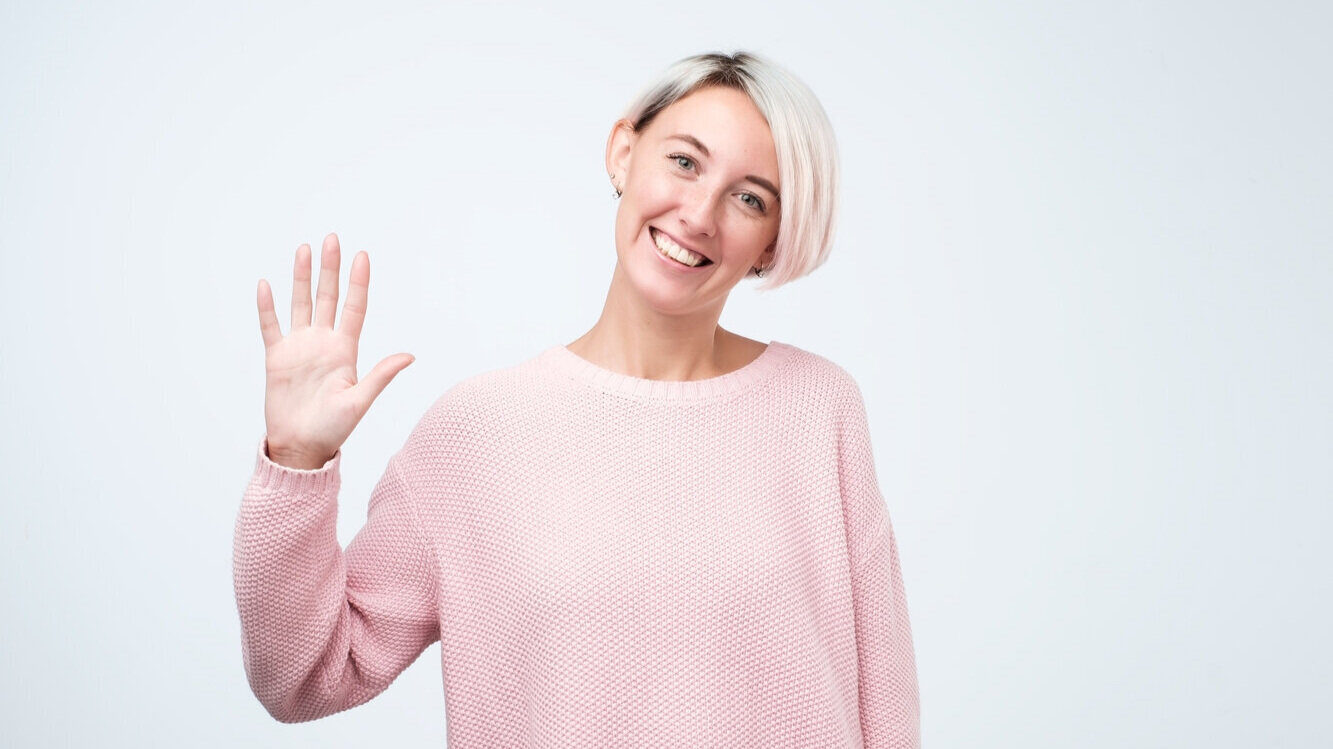 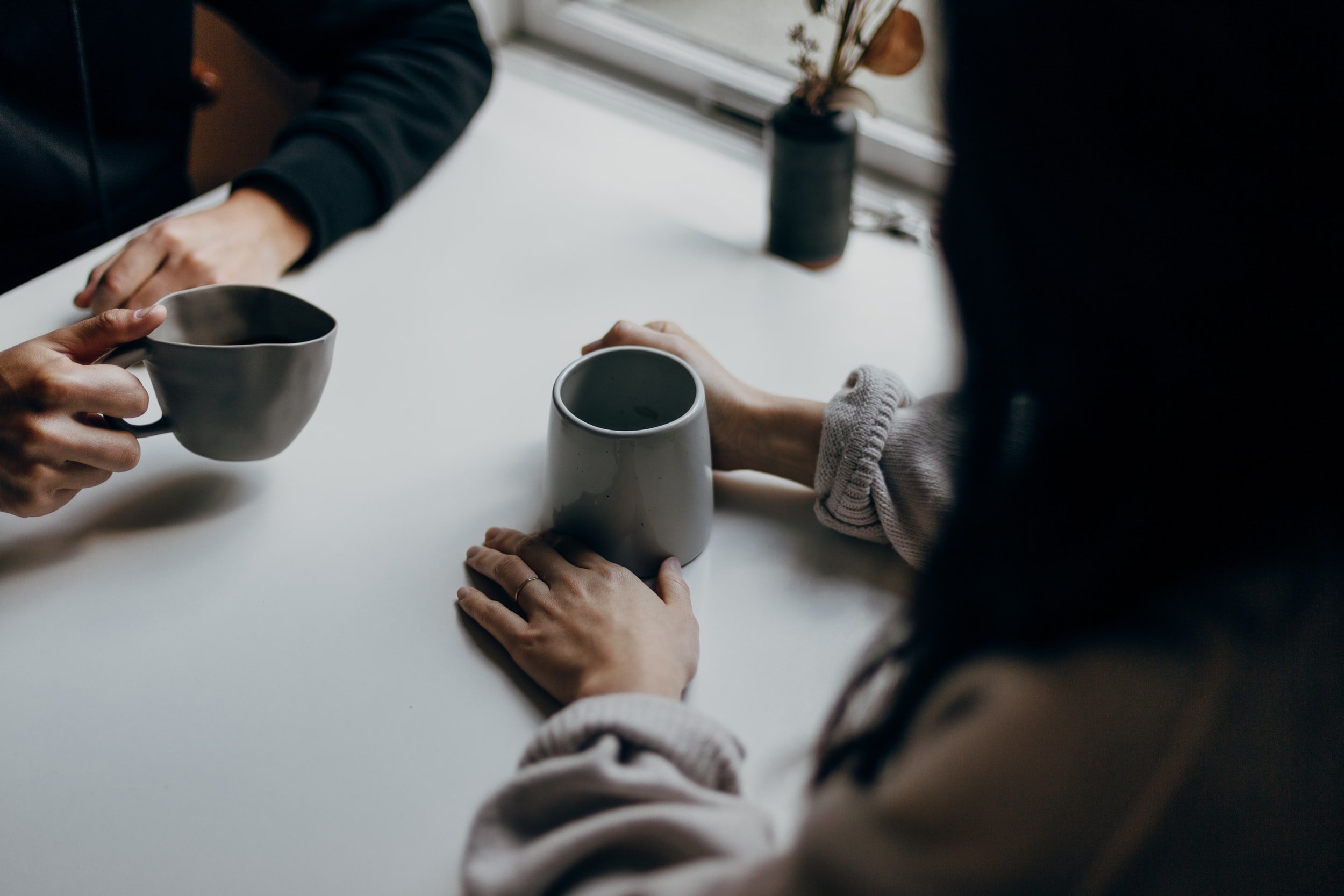